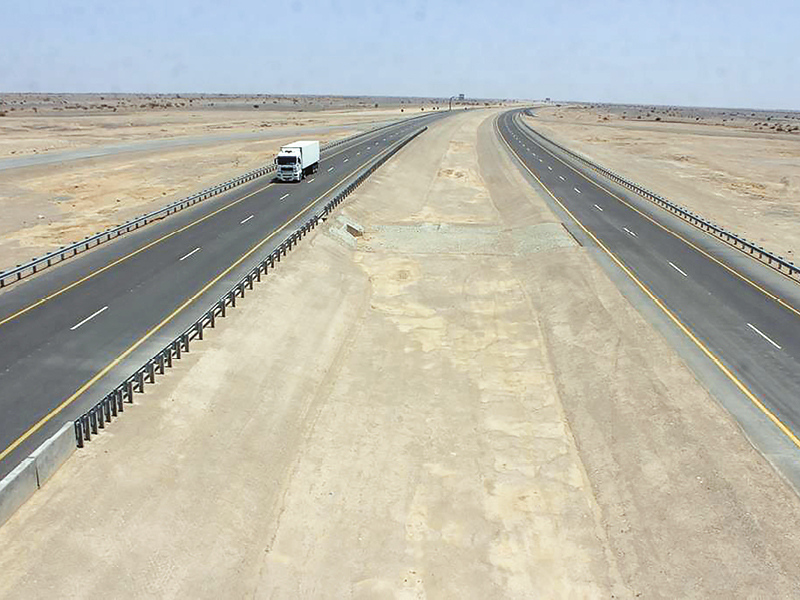 317km Adam-Haima road stretch to be completed by June: Ministry

As part of its efforts to provide transport infrastructure and facilitate traffic movement in the governorates of the sultanate, the Ministry of Transport, Communications and Information Technology will complete the 317km Adam to Haima section of the Adam-Haima-Thumrait dual carriageway in June.

The dual carriageway is the longest road infrastructure project in the sultanate measuring 717.5km. It will facilitate economic activities and serve Duqm Economic Zone and onshore oil fields. It will also contribute to economic and tourism activities along the carriageway and in the Governorate of Dhofar Salem bin Hamad al Junaibi, director of the Road Transport Department in Al Wusta, informed that 280km of the Adam-Haima-Thumrait dual carriageway has already been opened to traffic. “The total length of this portion is 317km. Work is fast nearing completion on the dual carriageway project.”

He expressed hope that an additional 20km will be opened to traffic this month. “While work on the remaining 17km is underway, the entire project is expected to be completed in Haima on June 30.”

Tenders have been awarded for the remaining three phases of the project. The Phase 3 of the dual carriageway runs 132.5km from the wilayat of Haima to the wilayat of Maqshan. The 135km Phase 4 starting from Maqshan passes through Qatbet to end in Dokah, while the 132.7km of Phase 5 will begin in Dokah and end in Thumrait.