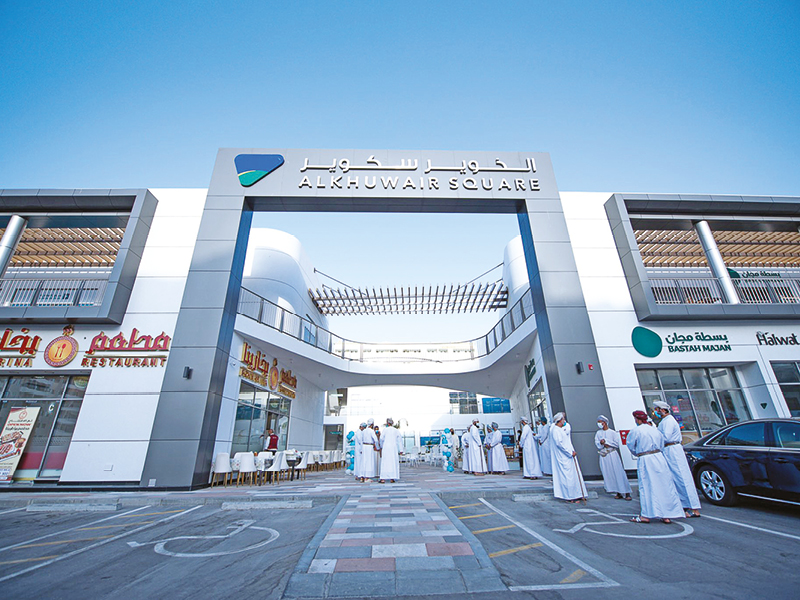 The two-storey building has an area of 6,000sqm, with 36 commercial units and other public facilities such as prayer rooms and public toilets, besides 200 parking lots. According to the municipality, around 80 per cent of the rentable area was occupied within 14 months.

The project follows an investment agreement between Muscat Municipality and Bayan Investment House. The company benefited from the municipality’s 5,150sqm plot located in Al Khuwayr to build a diversified community mall.

‘The idea of the project stems from the belief to serve the population and help in urban expansion, and meet the market need for a commercial complex in Al Khuwayr with an innovative urban concept. The project is an integrated commercial complex consisting of two floors built on an area of 6,000sqm, where in the middle of the complex there’s green open-air space with dining area to serve the visitors of the mall,’ the municipality stated.

Bayan Investment House implemented the project in 14 months despite the challenges posed by the pandemic.

The agreement between the municipality and the company also includes development and maintenance of Al Khuwayr Public Park, adding new games facilities for children, and establishing a dedicated fast food outlet under the management of a global operator within the surroundings of the park, in addition to building toilets in Ghubra Beach Park.

The operating company will undertake periodic maintenance of the facilities and pay the bills and other fees related to the delivery of services.