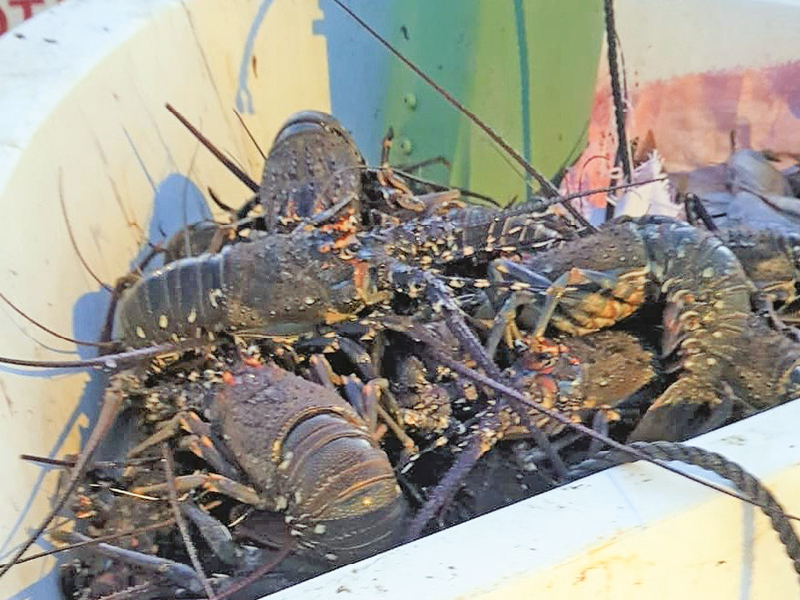 Some 43 pieces of lobster nets have been seized along with quantities of lobster and abalone in Dhofar governorate in a case of violation of the Marine Fishing Law.

A statement issued by the Ministry of Agriculture, Fisheries and Water Resources said, ‘The Fisheries Control Team in Dhofar governorate seized 43 pieces of lobster nets, quantities of lobster and abalone that were caught outside the season, which is in violation of the Marine Fishing Law and the Protection of Live Aquatic Resources and its regulations.’

The ministry confirmed that some expatriate workers were arrested while catching lobsters and abalones in Al Shuwaimiya area.

Ahmed Abboud, supervisor of Fisheries Control at the Directorate General of Fisheries in Dhofar, said, “The control teams are deployed along the coasts of the governorate to follow up on the implementation of the laws set by the ministry. They work day and night with continuous efforts in order to preserve these fish resources in cooperation with all government and civil agencies.”