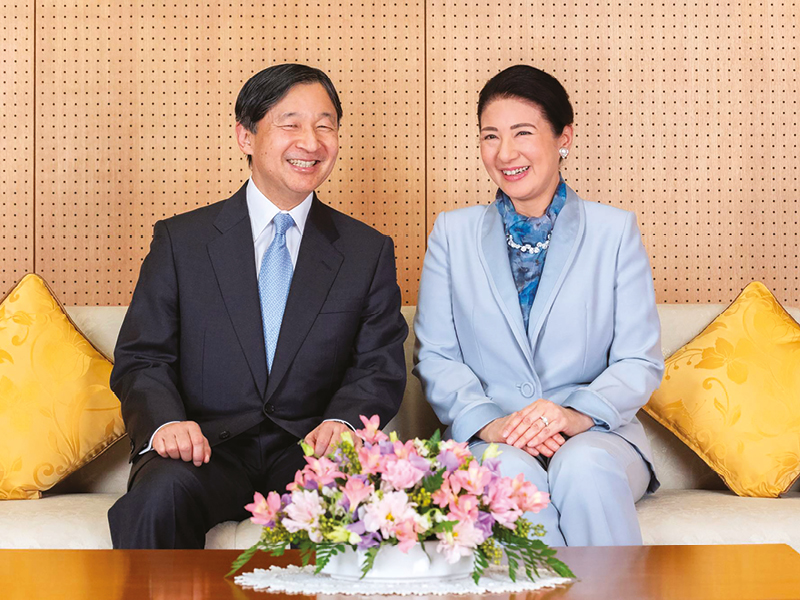 Statement by Toshinori Kobayashi, Ambassador of Japan to Oman, on the occasion of Emperor Naruhito’s 61st birthday today

An old Japanese folk story tells of a fisherman who, after rescuing a sea turtle, is invited to ride it on a journey to a fantastical and timeless kingdom under the sea. My own journey across the ocean to the sultanate two years ago was far more conventional - nevertheless, I too found myself in a beautiful land of breathtaking nature, vibrant society, and enduring splendour, and I feel extraordinarily blessed to experience the Omani way of life. Oman too, of course, has its turtles aplenty; whenever I witness the majestic form of one off the coast of this country, I am possessed by a strange feeling that our two nations have been somehow linked by these beautiful creatures since eons.

I have often come to remark on and appreciate the unexpected similarity between the cultures of our two countries, though we may be separated by over 8,000km. A strong sense of communal custodianship, a society guided by principles of integrity and sincerity, a proud tradition of hospitality and generosity - these are the qualities which are shared between our peoples, and form the invisible threads which bind together our international friendship. So too does our shared maritime heritage; nations such as ours whose fates have been shaped by the waves recognise the vital importance of fostering cooperation with overseas nations.

The Late His Majesty Sultan Qaboos bin Said, may his soul rest in peace, possessed great vision and under his wise guidance, Oman established a precious and greatly admired diplomatic stance of positive neutrality. Since his accession to the throne, His Majesty Sultan Haitham bin Tarik has affirmed and reinforced the uniquely Omani path of peaceful approach towards all nations. The great effort expended by the sultanate to contribute to the peace and stability of the region and the world is recognised and appreciated by Japan as a noble and worthy undertaking. Our shared ‘DNA’ as sea-faring nations brings with it a keen awareness of the gravity of maintaining maritime security and ensuring unimpeded economic activity in the oceans. These well-aligned priorities have convinced us that Oman is a valuable and assured partner for a ‘Free and Open Indo-Pacific.’

From ancient radios long consigned to museums, to gleaming new vehicles displayed in dealerships, I am proud to see that Japanese products have long been viewed by the people of Oman as emblematic of quality and reliability. Nowhere is this more evident than in the enthusiastic recital of Japanese brand names by friendly locals in even the remotest of the mountain villages to which I have ventured!

It is not only the enduring popularity and desirability of Japanese cars and electronics that have contributed to the daily lives of Omanis. Consortiums led by Japanese companies produce around 70 per cent of Oman’s electricity, as well as more than 25 per cent of the drinkable water. It is with great happiness that I see the corporations of Japan supporting the livelihoods of Omanis in this way, and I expect that our technology will be able to aid Oman further in fields ranging from environmental protection to medical science. In turn, Oman’s importance to Japan’s energy stability, through the supply of crude oil and natural gas, cannot be understated.

In the face of unprecedented global challenges brought about by COVID-19, the government of Oman’s decisive response has successfully tempered a tragic crisis. It is my sincere hope that once this difficult period is behind us, the ties between Japan and Oman will emerge stronger than ever before.

Inspired by the warm relationship between the Imperial Family of Japan and the Royal Family of the Sultanate of Oman, I hope to see our two nations further enhance our ties, and I would like to wish continued health, prosperity, and long life to both His Majesty Emperor Naruhito and His Majesty Sultan Haitham bin Tarik.

From a favourite vantage point on the hilltop beside the town of Qalhat, azure skies overhead and the shining ocean filling the horizon, I cannot help feeling the weight of time and a bond which stretches through centuries. In the foreground lie the crumbling ruins of the ancient city, visited in the 13th Century CE by explorer Marco Polo who first brought word of Japan to the West. Behind it, across the bay, looms the LNG plant which today supplies the gas used in my hometown in Japan. And so, Oman and Japan have always been and will forever be connected by an ocean of opportunities.