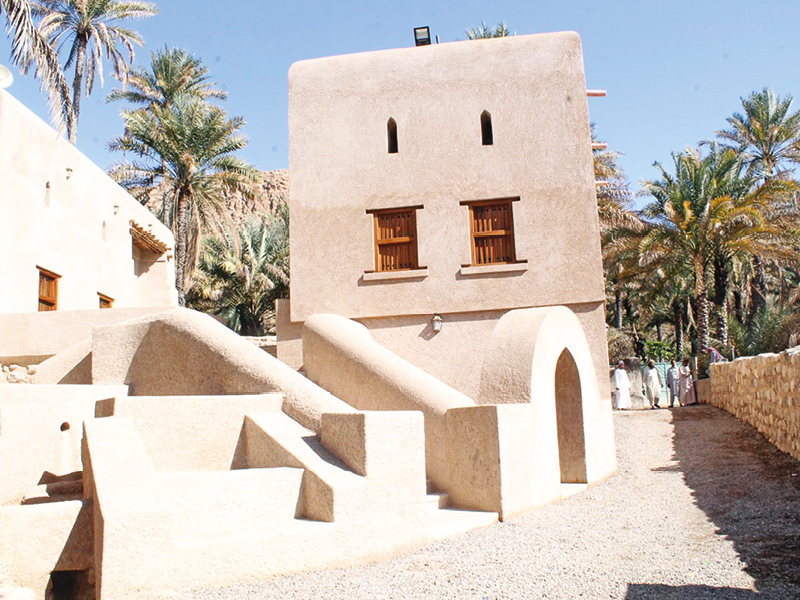 As part of its efforts to restore ancient architectural monuments, the Ministry of Heritage and Tourism has completedrestoration work of the Al Aouina Mosque in Wadi Bani Khalid in North Sharqiyah. The project took nearly two years for completion.

A statement issued by the ministry said, ‘Specialists in the Ministry of Heritage and Tourism have restored the mosque. The work included several elements such as the architectural design which was redone in a manner consistent with the original landmark. Some parts were restored and the collapsed parts were rebuilt with traditional materials, including the main facilities such as the Q’uran school, ablution places and toilets.’

The ministry confirmed that an identical copy of the original  mihrab was also made after the original piece was transferred to the National Museum under the directions of His Majesty Sultan Haitham bin Tarik, when he was a minister.

It is being displayed in the museum as a unique historical archaeological icon indicating the high skill of Omani artists in carving mihrabs.