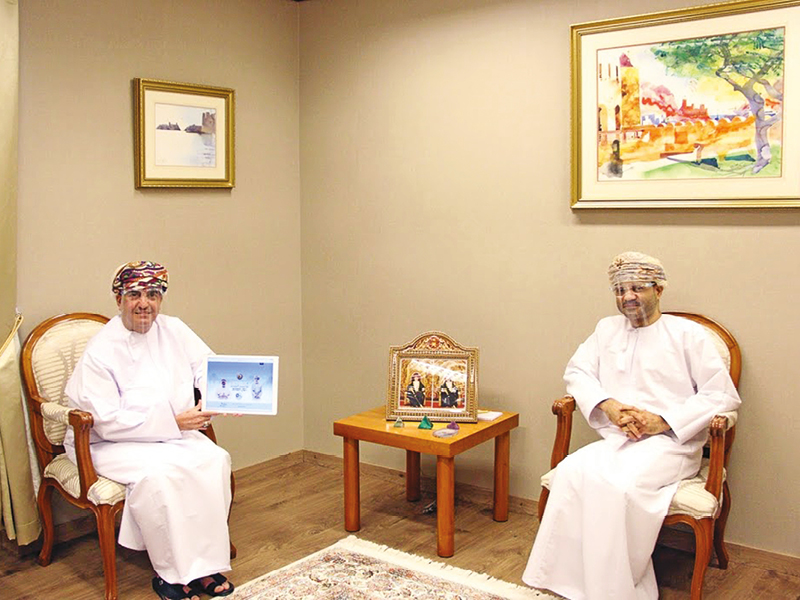 On the occasion of Oman's 50th National Day, Sayyid Badr al Busaidi, Foreign Minister, launched 'Glorious November around the World' initiative in the presence of Hamoud bin Mohammed al Azri, general supervisor of Oman Qaboos Website, which is dedicated to showcase the personality of the Late His Majesty Sultan Qaboos to the world in several languages.

Sayyid Badr hailed the international initiative launched by the website as it also provides an important e-window to showcase loyalty and gratitude to His Majesty Sultan Haitham bin Tarik on the occasion of the 50th National Day.

He appreciated the efforts of all those working for the website to allow people from around the world to vouch loyalty and gratitude to His Majesty the Sultan, and share in the sultanate’s joy of the National Day in his/her own language.

The initiative received wide support from the embassies of countries accredited to the sultanate, as well as Oman’s  embassies abroad, for inviting people to take part in the event.

The global initiative can be viewed at http://www.oman50.net