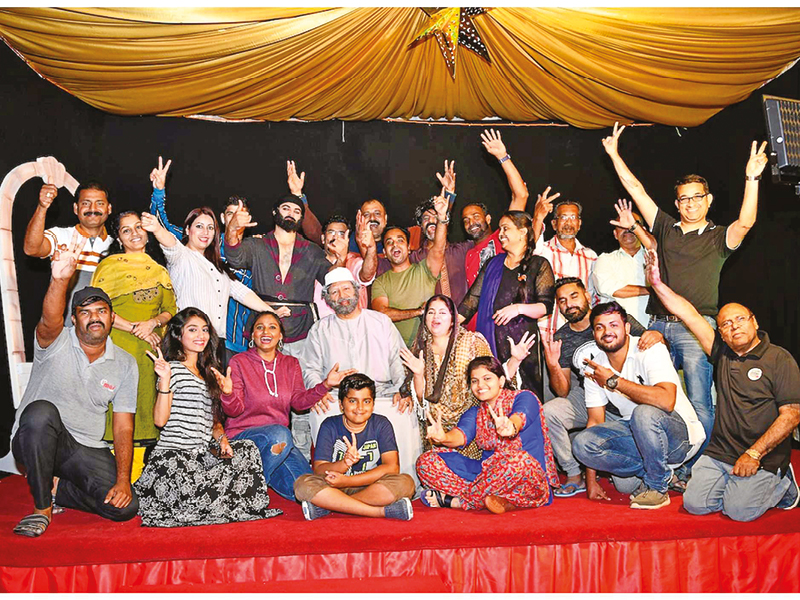 To celebrate International Men’s Day, observed annually on November 19, and to raise awareness on mental and emotional health of men, two short films have been made in Oman.

Dr J Retnakumar, who essays the role of three fathers in Pitah, said, “The movie is a tribute to the fathers and men around the world. Our aim was to showcase the fact that the emotions of a father for his children are the same irrespective of cultural or religious settings. Technically, we wanted to follow the iconic style of Peter Brook’s King Lear.”

The film experiments technically with close-ups, dolly shots, Dutch angles, J-cuts, split screens and breaking the fourth wall. Shot in one day and edited over a course of 45 days, Pitah has a multinational cast.

The film was well received in social media circles, including Maryam al Zadjali, director of Omani Society for Fine Arts, who said, “This drama is an ode to all fathers around the world. He is protective, often protective of his children.”

The second short film, titled He Is, pays tribute to the common man encountered everyday in offices, roads and malls.

The plot revolves around a man in a mall parking lot who is hit by a woman driver and how the latter's mindset changes regarding men during the short interaction that follows.

Vinod Raghavan, production head of He Is, said, “The unfair idea of toxic masculinity has filled the social structure. It is time to break such norms. Misandry must be countered with the right tools and films are an excellent medium for that.

“The film doesn’t portray victimisation; neither does it slam any gender. It is merely an eye-opener regarding a stereotype that the media, the ad world, news reporting and even social structures have created.”