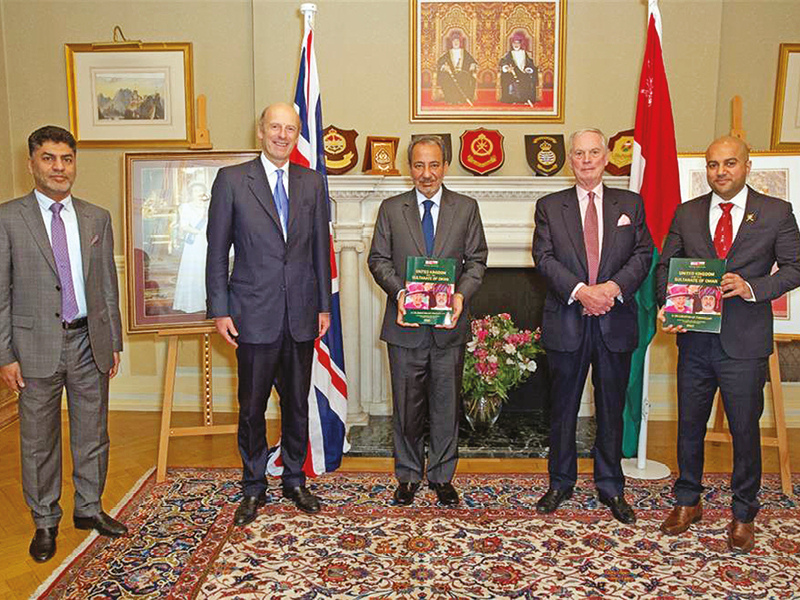 Marking the 50th National Day of the blessed Omani Renaissance renewed under the leadership of His Majesty Sultan Haitham bin Tarik, the Embassy of Oman in the UK launched a booklet titled United Kingdom and the Sultanate of Oman—A Celebration of Friendship, which perpetuates the memory of the Late His Majesty Sultan Qaboos bin Said.

His Majesty Sultan Haitham, in a message, thanked 'First' establishment, which compiled and published the booklet that constitutes an important reference for the global community.

Meanwhile, Queen Elizabeth II of Britain expressed her thanks to First in a ‘message of commitment’ that she sent to His Majesty Sultan Haitham on the 220th anniversary of relations between Britain and Oman, as well as her thanks to all in charge of such a glorious occasion.

The booklet includes private letters from His Majesty Sultan Haitham and Queen Elizabeth II, and articles by various dignitaries, in addition to a detailed account of achievements made by the sultanate, the challenges it addressed within the context of different geographic, cultural, historical, diplomatic and economic scenarios.

The booklet also touches on the success and progress made in relation to the friendship between the peoples of the two countries.