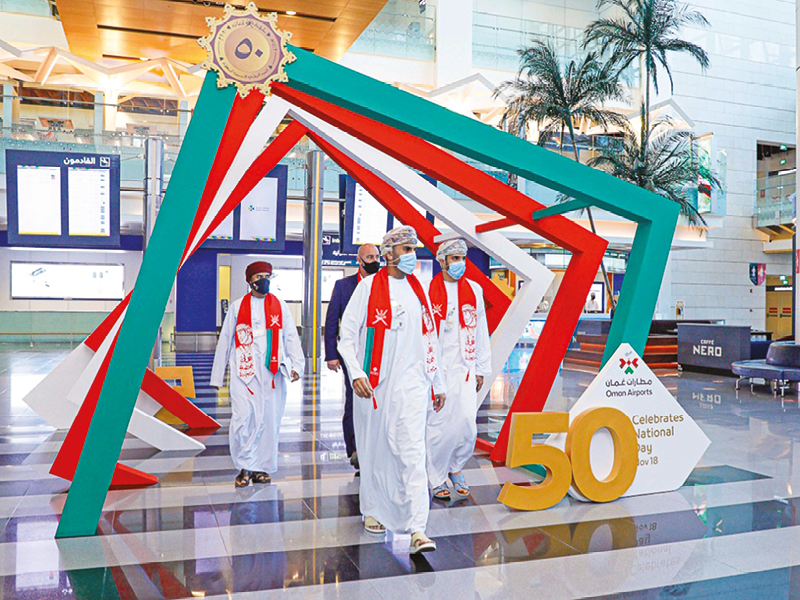 Oman Airports has developed an incentive scheme, in cooperation with its cargo handling partners Transom Handling and Transom SATS, for the next five years. It includes numerous incentives and fee reductions that support new airlines operating freighters into and out of Muscat and Salalah.

As per a statement, the incentive scheme will be open to the new freighter operators commencing at any point in the next five years through to October 2025, and will support a route over a two-year period with reductions in aircraft handling charges, cargo loading/unloading, and reductions in the cost of build-up or breakdown of both arriving and departing cargo.

‘It is no understatement to say that 2020 has been an unprecedented time for all, and not least the aviation industry. During this period, the importance of air cargo has been well recognised, and maintaining cargo links to facilitate global supply chains has been critical to supporting communities across the world,’ the statement said.

‘As such, the Commercial Department at Oman Airports has continued to work closely with our business partners all through 2020, with Muscat International Airport remaining open to commercial cargo operations for both dedicated freighter flights and scheduled ‘passenger’ flights used to carry cargo only.’

The airport’s cargo facilities have continued to accommodate flights by airlines such as Cargolux, Qatar Airways, Turkish Airlines, Ethiopian Airlines, Emirates and DHL.

‘The management of Oman Airports remains committed to supporting the development of our air cargo network and capitalising on the strategic location of Oman in particular as a cargo hub, not only for import and export to serve the Omani economy, but also as a regional transfer hub linking the Middle East region, Africa, Asia and Europe.’

Amidst strict COVID-19 prevention measures, the 50th National Day was celebrated at Muscat International Airport, Salalah Airport and its other regional airports with lights bearing the hues of the Omani flag.

Passenger terminals were lit and national songs echoed across all of the sultanate’s airports, while duty-free shops at Muscat International Airport and Salalah Airport provided customers with special discounts in celebration of the joyous occasion. Airport employees decorated their desks and offices with the colours of the Omani flag to express their joy on the monumental day.

A concerted campaign entitled #SafeJourneyBack is also underway across Oman Airports’ social media platforms, marking the return of operations in early October following the prolonged closure due to the outbreak of coronavirus.

Believing in the importance of feedback in upgrading its services, the campaign was also aimed at encouraging travellers to share feedback on their travel experience through the sultanate’s airports.

Oman Airports has always been keen to interact with travellers in Muscat International Airport, Salalah Airport and its regional airports.

Airports in GCC countries also joined the sultanate’s celebrations of its 50th National Day of the Renaissance by posting greetings on social media platforms, and putting up portraits of His Majesty Sultan Haitham bin Tarik.