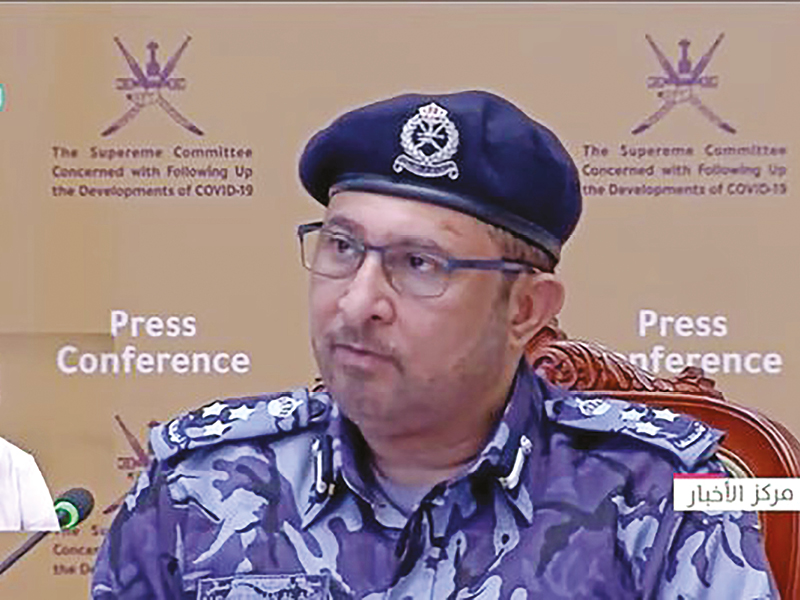 No new visas, entry for those with valid residency only: ROP

Residents whose visas have expired are not allowed to return to Oman as per the directives of the Supreme Committee for dealing with COVID-19, said Brig Said al Asmi, director general of Operations, Royal Oman Police.

He added, “Currently, the issuance of visas is suspended; entry is available only for those with a valid residency visa.”

Regarding movement during the night curfew, he said there are some exceptions.

“Travellers who are heading to or coming from airports are allowed to move during the night, although they must have their travel documents with them. Permission is also given to those who have an emergency. We express thanks to citizens and residents for their full cooperation and commitment to implementing the decisions of the Supreme Committee.”

On violations, Brig Asmi said that there are some who have been fined for not wearing masks in public and other places.

“There is a legal mechanism in dealing with violations. ROP stops the violator, gives him/her the violation ticket and asks him/her to sign it. The violation fine must be paid as soon as possible, otherwise the violator will be referred to the Public Prosecution. The decision of the Supreme Committee to publish the names and photos of violators will be implemented by the police after the completion of the legal procedures.”

Maj Muhammad al Hashami said many inquiries are received by the Directorate of Public Relations of ROP about the number and types of violations, but the disclosure of such violations is made by the Supreme Committee only.

“There is a special system for violations and the amounts (fines) are transferred to a fund designated to deal with the pandemic,” he said.