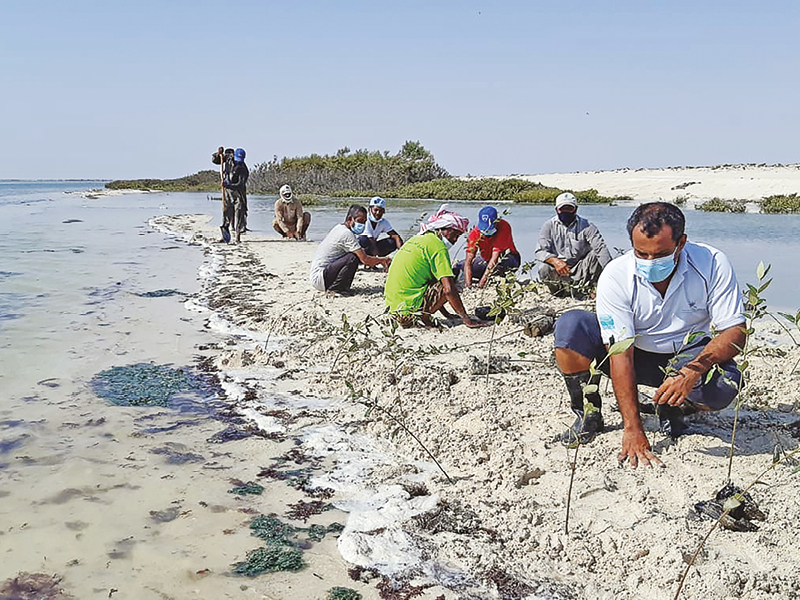 As part of its effort to sustain the natural world, the Environment Authority (EA) recently planted 1,000 mangrove seedlings in Al Wusta governorate.

The mangrove plantation campaign was conducted in several areas of the governorate, said Badr bin Saif al Busaidi, a specialist in natural reserves in the Department of Environment in Al Wusta governorate.

The saplings were also planted in Khor Ghawi in the wilayat of Al Jaser.

The Department of Environment in Al Wusta conducts several awareness campaigns among members of the community on the importance of mangrove trees and their benefits to humans. It also discusses the main factors for the growth of this type of trees and some of the threats and dangers faced by them, Busaidi said.

He added, “The campaign was a part of a project which started in 2001 and aims to cultivate 1mn seedlings of mangrove trees on sultanate’s coasts within 20 years.

“The authority has already planted about 680,000 saplings in 30 khors in various coastal areas of the sultanate.”

“Two of them are in Qurm Nature Reserve in Muscat, while the others are in Khor Batah in Sur in South Batinah, and Qurm Grand Reserve in Salalah in Dhofar governorate.”