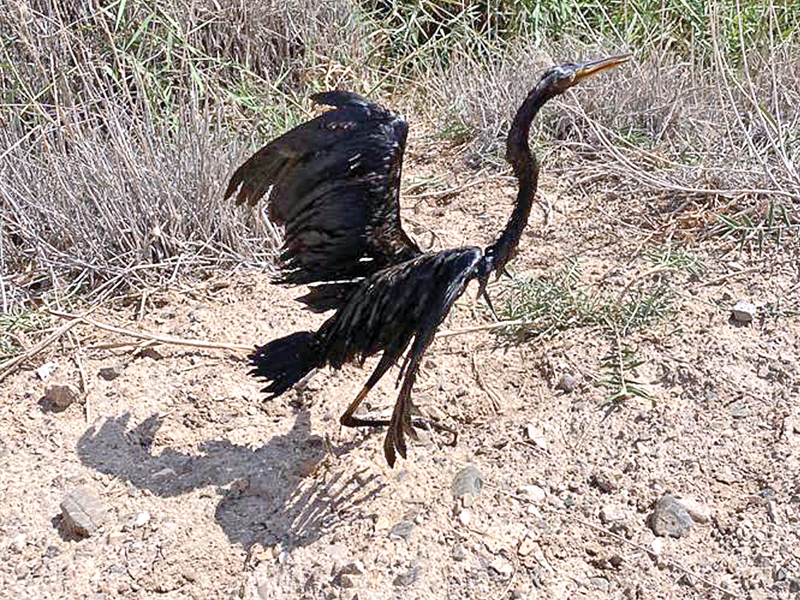 The Environment Authority (EA) has announced that a grey heron was found in one of the water basins under the management of Daleel Petroleum in the wilayat of Ibri.

The Environment Authority said, ‘Thanks to the employees of Daleel Oil Company in the area of Masruq in the wilayat of Ibri for saving the grey heron, which was found in one of the water basins associated with the company’s oil project.’

The bird was handed over to the Environment Department in Dhahirah governorate to take care of its health condition so that it could continue its migration, the authority added.

The grey heron is one of the migratory birds that visits the sultanate in the month of September for food and rest, said EA

The grey heron (Ardea cinerea) is a long-legged predatory wading bird of the heron family, Ardeidae, native throughout temperate Europe and Asia and also parts of Africa. It is resident in much of its range, but some populations from the more northern parts migrate southwards in autumn.

A bird of wetland areas, it can be seen around lakes, rivers, ponds, marshes and on the sea coast. It feeds mostly on aquatic creatures which it catches after standing stationary beside or in the water or stalking its prey. Standing up to 1m tall, adults weigh from 1 to 2kg.