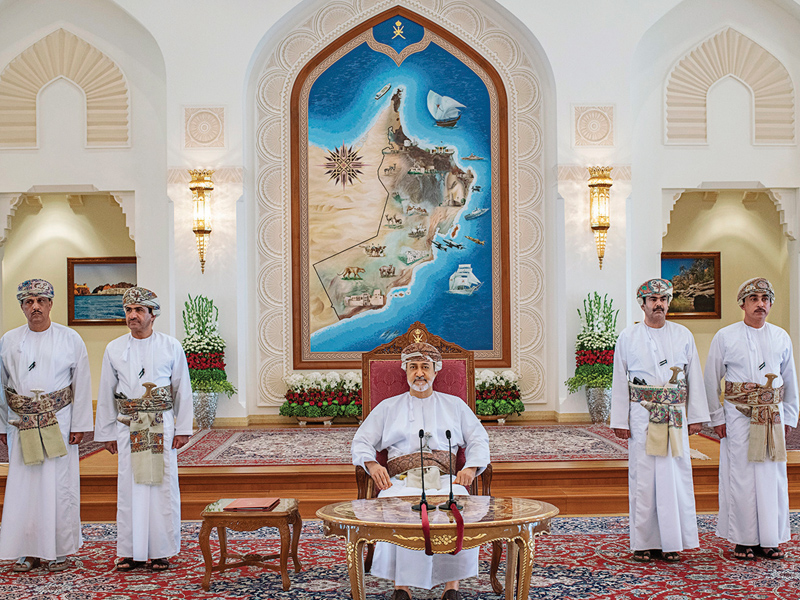 In amplification of constant contact between His Majesty Sultan Haitham bin Tarik and citizens all over the benign land of Oman, His Majesty the Sultan conferred with some sheikhs of wilayats of the Governorate of Dhofar at Al Hisn Hall in Al Shati quarter of the wilayat of Salalah on Tuesday.

In an ambient atmosphere of direct dialogue between the leader and his loyal people, His Majesty Sultan Haitham gave his directives on all that leads to bounty, prosperity and progress in this dear homeland.

The meeting reflects His Majesty the Sultan’s keenness to engage with citizens in order to have a close look at their needs and sense the requirements of their respective wilayats. It was an opportunity to listen to their views and proposals about ways to improve development services and enhance the role of government departments tasked with extending these services to different parts of the country within the context of comprehensive and sustainable development plans.