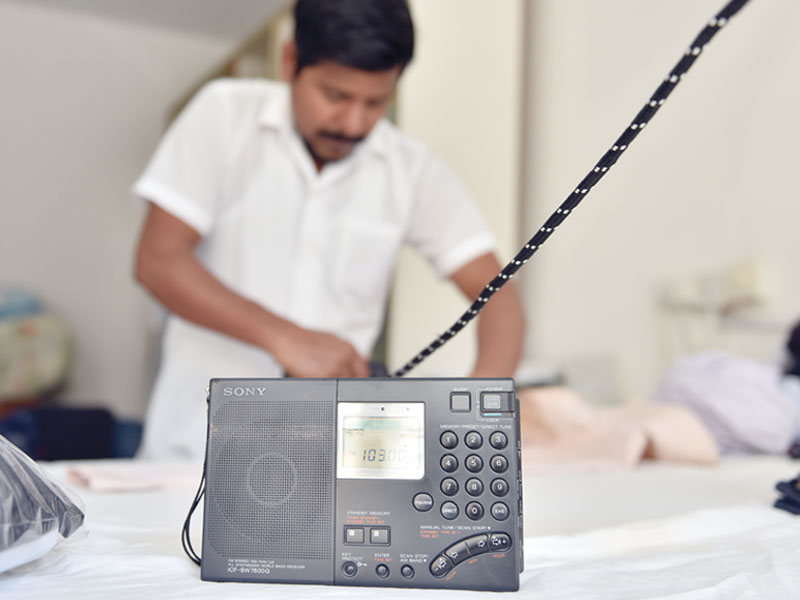 February 13 is World Radio Day, a day proclaimed in 2011 by the member states of Unesco and adopted by the United Nations General Assembly in 2012.

The day marks the celebrations of a powerful communication platform that has been reaching out to a diverse segment. Today, it is accessible as a website, app and a podcast.

Though, content over the radio has undergone a distinctive evolution over the years, many feel the portable battery-operated radio has no immediate threat from the younger contemporaries such as Netflix, Spotify, Anchor and many podcasts ruling the younger generation today. Nostalgia reigns among many residents of Oman, who still feel connected to that old portable radio that can be held in the hand.

Muscat Daily spoke to a few radio lovers in the city who still tune in wherever they are.

Chris Fisher, a radio jockey with Merge Radio, said, “Radio will never be obsolete as it is one of the prime methods to establish bonds. One has to be honest when presenting on a radio and so the genuine connection that listeners feel. Though now radio too has become digitalised, the primary core of the relationship will remain the same.”

For many bachelors like Shilin Poyyara who are working in places far way from home, a radio is the best way to stay connected with homeland. “I have always been a radio lover. I was a news reader in Dubai for a Malayalam radio station. My love for radio was kindled by my father. He used to be glued to the radio 24 hours. The radio is the best source of infotainment for me.”

Aslam ul Habib, a Bangladeshi businessman from Ruwi, too explains his love for radio. “I find radio more connecting as it is small and handy. My children listen to radio but it is the online one. Though I do not want to be judgmental of their choices I somehow feel the traditional battery-operated radio where you struggle to set a station has a charm of its own. It is my source of news and old Bangla songs. I am sure radio is here to stay.”

The theme of World Radio Day 2020 is ‘Radio and Diversity’. It focuses on diversity and plurilingualism. According to the UN, it is an important medium to celebrate humanity in all its diversity and provides a platform for democratic discourse.

Radio’s weekly reach will remain nearly ubiquitous, with over 85 per cent of the adult population listening to radio at least weekly in the developed world (the same proportion as in 2018), and reach will vary in the developing world.

It also predicts that adults globally will listen to an average of 90 minutes of radio a day, about the same amount as in the prior year.

Unlike other forms of traditional media, radio will continue to perform relatively well with younger demographics.