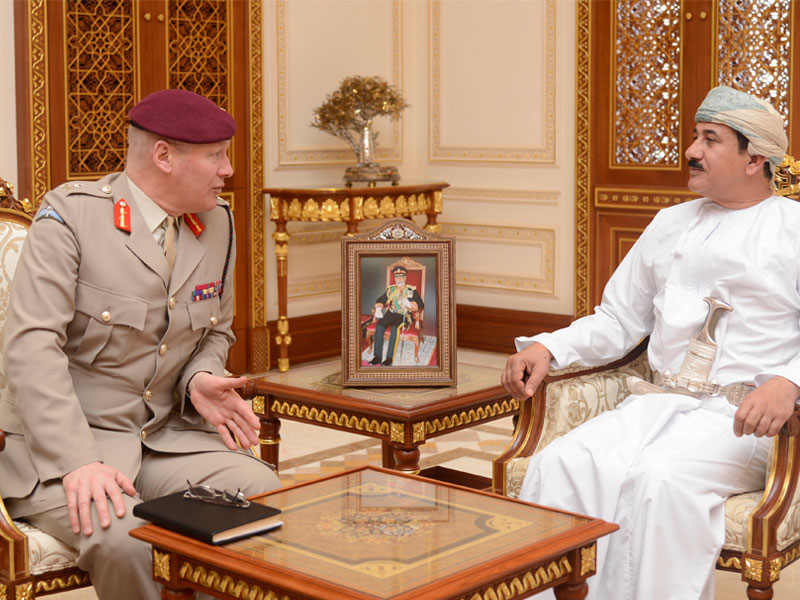 Lt Gen Sir Lorimer thanked and appreciated Oman, praising the strength of continuous cooperation and coordination between the two countries, particularly in the military fields in a manner that serves the desired goals.

He affirmed his country’s continuous keenness on promoting relations between the two friendly countries. Lt Gen Sir Lorimer hoped that Oman remains safe and stable under the wise leadership of His Majesty the Sultan, the Supreme Commander.

The meeting reviewed fields of military cooperation between the two friendly countries and exchanged views in a number of matters of common concern.

Both the meetings were attended by the UK Ambassador to Oman.