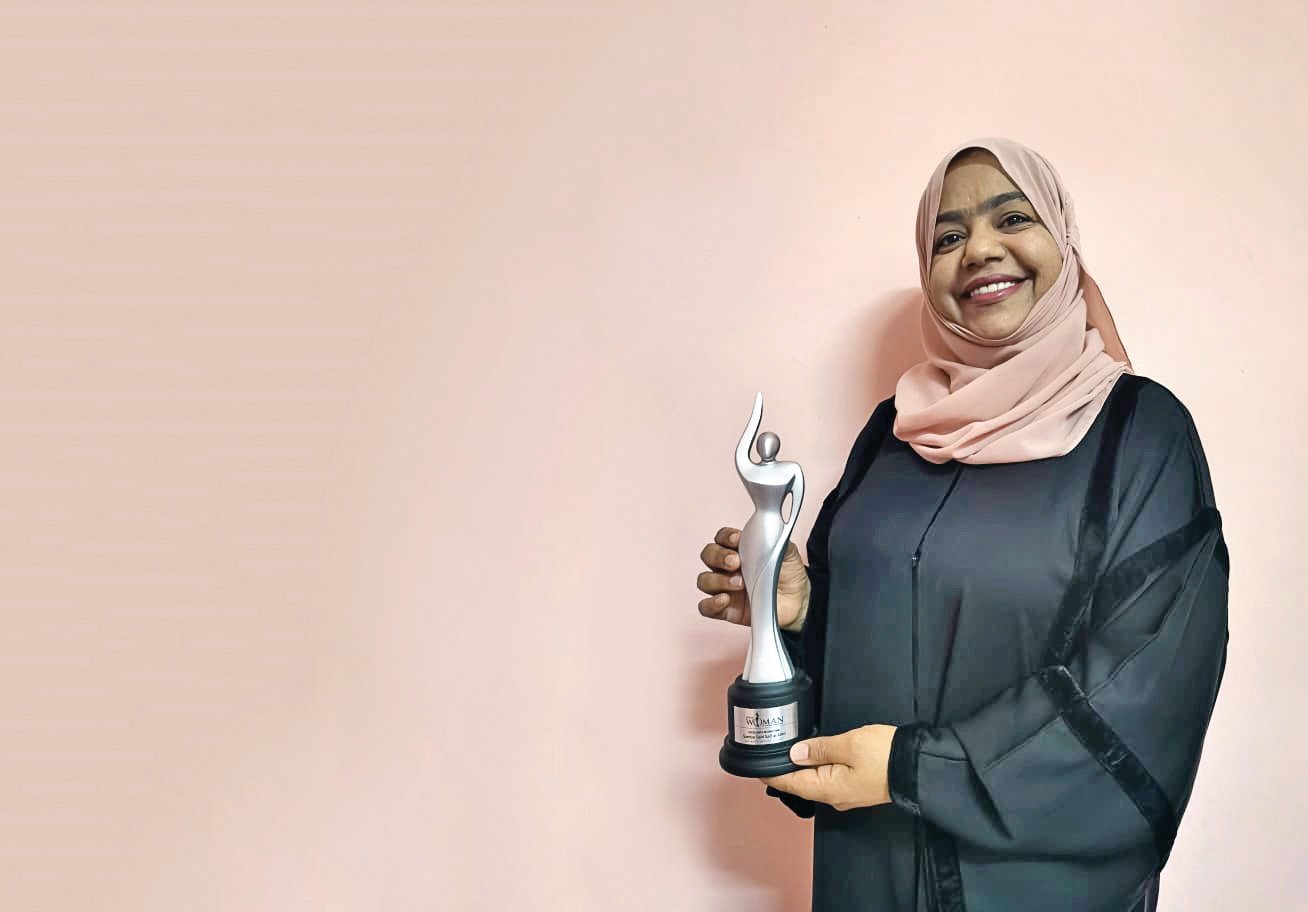 Samiya Said Saif al Jabri is the first sergeant in the Royal Oman Police (ROP) who has been working with the ROP for sixteen years. Samiya has worked in all areas related to public security, civil status, investigating female issues, guarding, and is currently employed in the accidents division.

Samiya’s journey started as a policewoman. Climbing the ladder steadily, she soon graduated to become a Corporal and her sheer dedication later saw her being promoted to the rank of a Sergeant. Today, she proudly possesses a badge as First Sergeant.

Beginning her training in March 2002 at the Sultan Qaboos Academy in Nizwa, after graduation, she began her career in Dhofar where she worked in Police Operations for 4 years. She then was posted in Sohar ROP where she handled varied tasks in Civil Affairs for 2 years before joining the Traffic Department for a year. She then worked in the Accidents Section in Ruwi Police Station for 13 years.

Now posted in Muscat Police Station, Samiya admits that, looking back, she has realised how important the work in the police force is where one needs immense patience and dedication. “A policeman/policewoman should always know how to protect the privacy of people while discharging his/her duties. The job calls for great integrity,” she observes.