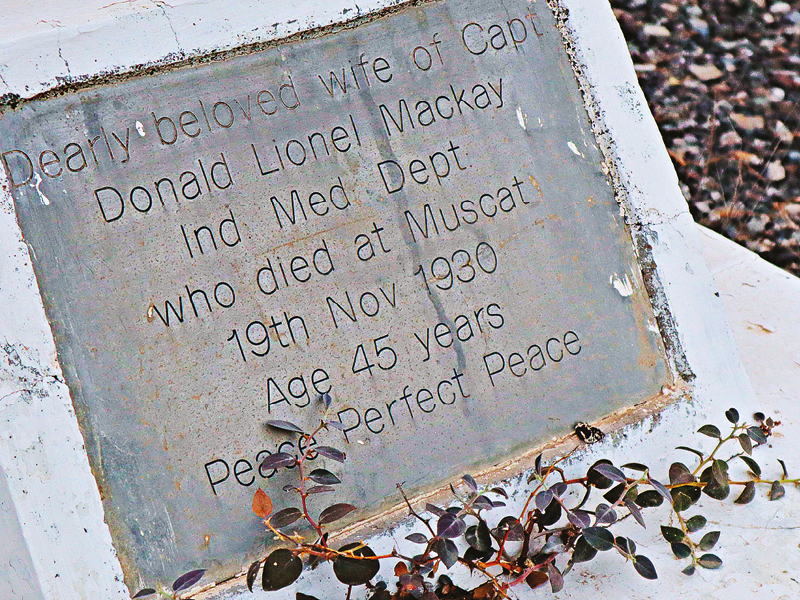 Some people stare at mountains...some climb them. Yet others dare to cross mountains.

I fall under the first and last category. When I feel poetically inclined, I admire the grandeur of the peaks, and when I feel the adrenalin kicking in, I dare to cross these giants. My adventures are not aimed at selfies or to prove testimonies to my mojo, they are, indeed, a manifestation of an attitude that, probably, we all must apply while taking on the hurdles of everyday life.

This adventure, however, brought forth a shade of added thrill when I stumbled upon a set of 100 year old tombs amid a trek route in Muscat. In a cove amid the silent, stony mountains, with the Arabian Sea playing into its lap, these tombs seemed to remind the traveller that every man has one common destiny.

With this message in mind, I set forward for the journey along with two friends and our guide, Rahees. We dared to climb one of the most toughest treks within the city. Called the 'Sidab hike', the route lies a few kilometres away from the Al Alam Palace in Muscat. The place is popular not only for trekking but also for spectacular sights of the Sea, besides being an apt locale  for fishing and swimming.

One must travel light and have ample water to keep hydrated as the 3km trek, winding through rugged slopes can be quite exhaustive. Wearing sturdy shoes (which I missed out) is another precaution one must take to avoid hurting your feet as the rocky mountains  can make the trek quite  dangerous.
This trek seemed like a musical notation, swaying from various high and low notes, and so, it is recommended to always keep a keen eye on your next step.

The initial Tarzan act started when we needed to climb a ladder tied with a rusty chain to get to the first mountain. We used our basic instincts - crawling, squatting, running and hanging - to reach our target.

Rahees led us, and being an expert, he hardly had any problems. Like a opera conductor or a surgeon he seemed to know his moves perfectly. He made sure to keep his gaze constant, both, on us and the path ahead. As we moved on, came the first sight – a pretty cove, bordered by rocks on one side and the coastal towers on the other side. Waves dashed hundreds of feet below and the sight was scary yet beckoning. The sand below seemed smooth and soft while the waves made less noise as they converged with the rocks. And far away, one could catch a glimpse of Al Bustan Palace hotel, standing like a jewel in the distance.

The trek combines the best of Muscat’s stunning coastline, beaches and mountains and was well marked by the authorities concerned. The sea water was crystal clear and cool while the pebbles and tiny fish moving around added their own charm. And, if you looked around intently, you could catch a glimpse of a fox scampering away.

But, coming back to the old tombs - as we held tight on the rough rocks and entered the cove, we chanced upon this flatened out section which was, indeed, an old graveyard. It was surprising to find a quaint cemetery in the midst of nowhere.

The cemetery had graves dating back to the eighteenth century and was home to the remains of a number of Commonwealth soldiers who fought in World War I. Tombs of young sailors, as young as 21 years and dating back to the 1913s, laid peacefully among the mountains. All the tombs, around 20 in number, had been white washed and had emotional epitaphs engraved.

This 'Portuguese' cemetery is one of the most remarkable places with a history to boast of. Here lies the tomb of one of the first doctors from Muscat who set up hospital for patients way back in the 1900s. Dr Thomas, a missionary doctor, had a major contribution in the healthcare of the people of Muttrah and Oman. His grave along with his missionary father, Dr Sharon (buried in 1913) and Dr Morris French, a surgeon at Thomas Hospital (buried in 1967) lie peacefully under the skies. It was peaceful, though eerie, and we did not utter a word as we viewed the tombstones and read their inscriptions.

As we continued our trek, dragging our tired legs, dusk approached faster than expected. The full moon cast its charm on the array of mountains as we trudged along, conquering ten small and big mountains. I turned back and saw the black gigantic rocks silently stating at me. And I wondered whether, indeed, it was me who had crossed these mountains. Yes, but it was not the  mountains that I had conquered, rather my own inhibitions.

As we moved on, the tombs seemed to wave 'goodbye' and I wanted to respond with a few words, but Rahees yelled out that we were getting late. So, we left with lingering memories of the old tombs.