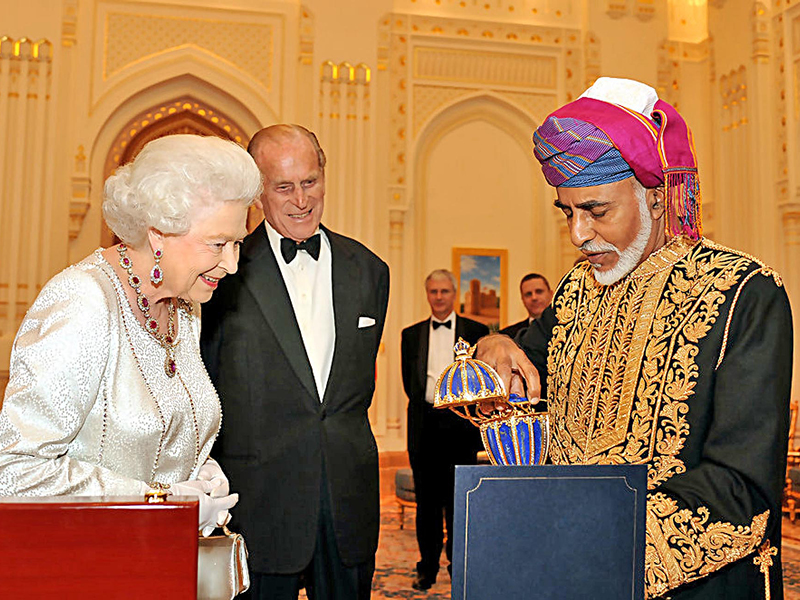 How The Duke of Edinburgh helped shape the lives of more than  16,000 young people in Oman

In the wake of Prince Philip, The Duke of Edinburgh’s death on April 9, the world has been reflecting on an extraordinary life of service - a life that helped inspire and shape the lives of more than 16,000 people in Oman.

Throughout his 99 years The Duke was associated with 992 charities in one capacity or another, usually as president, patron or as an honorary member. The charity with which he was associated for the longest time was Outward Bound, joining as Patron in 1953, before stepping down some 66 years later in 2019.

The Duke's active support helped inspire over 1.2 million people in the UK to participate in an Outward Bound programme, and his influence was instrumental in spreading the Outward Bound mission around the world, including Oman, where Outward Bound Oman was launched in 2009 - the first Outward Bound school in any Arabic speaking nation.

Initially founded by Dentons, Shell and Sheikh Suhail Bahwan, and quickly supported by many of the leading corporates in Oman through their social investment programmes, Outward Bound grew rapidly in the sultanate. Thousands of young people, as well as the emerging talent of many companies were challenged through focused outdoor journeys as Outward Bound helped equip people with the skills and attitudes to succeed in life, and in the workplace.

In 2013, UK's Prince Charles visited Oman, and his father, The Duke of Edinburgh, saw the opportunity to write a letter to congratulate His Majesty Sultan Qaboos bin Said for being the first Arab leader to have the vision to challenge and develop the national talent of his country through Outward Bound. The response of His Majesty Sultan Qaboos was to establish Outward Bound Oman by a ministerial decree in 2014, and grant land upon which international standard training centres were to be constructed to enable greater numbers of people to benefit in the future.

In partnership with the government and private sectors, the vision and legacy of two great leaders - His Majesty Sultan Qaboos bin Said and The Duke of Edinburgh - will be realised in the development and training of many more thousands of people in Oman in the coming years to help support Oman’s Vision 2040.

Outward Bound Oman Patron, H H Sayyid Faisal bin Turki al Said, stated that “The Duke of Edinburgh’s 66 years as Patron of Outward Bound UK is an example of extraordinary public service. The Duke clearly believed, as do I, in the difference that Outward Bound makes to people’s lives, be that in the UK, or here in Oman.”

Outward Bound Oman Executive Director Mark Evans adds, “Outward Bound has flourished in Oman thanks to the support of many, but principally due to the vision and support of two inspirational people in His Majesty Sultan Qaboos bin Said and The Duke of Edinburgh. Our three national training centres will soon give us the capacity to train many thousands more people in the coming years, doing our part to help develop the next generation of leaders and so help shape the character of the nation in line with what both the leaders would have wanted.”