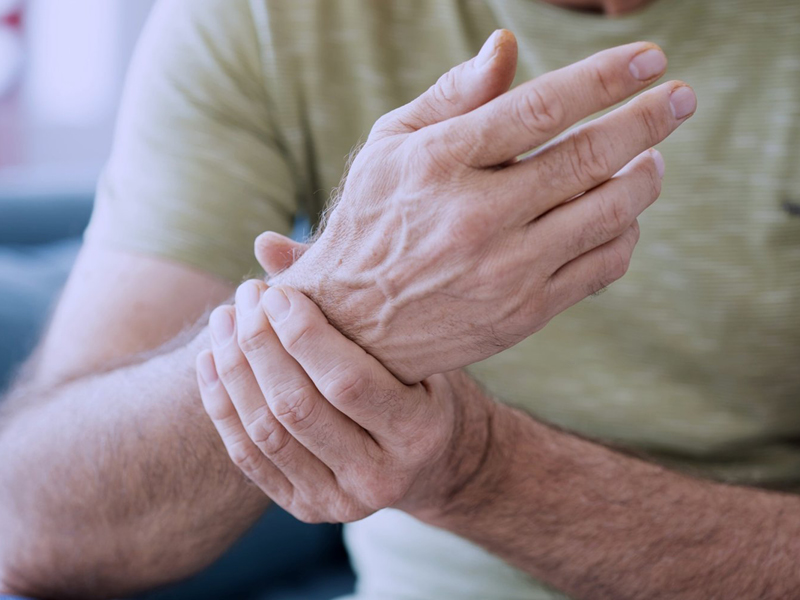 Those professionally involved in repetitive wrist movements, as in typing on a keyboard or handling vibrating machines, are at risk of developing carpal tunnel syndrome, a condition which causes pain and numbness in the wrist, palm, and fingers. “Inactivity at night time, which causes fluid buildup, worsens the symptoms in the night or early mornings,” says Dr Biswajit Dutta Baruah, consultant orthopaedic surgeon, KIMS Oman hospital.

Amina had been visiting her obstetrician and they were expecting their first child in a couple of months. But of late, she had started feeling discomfort in her hands. This was associated with tingling and numbness in the fingers. It was maximum in the night time and kept her awake preventing her from getting her quota of sleep.

Amina looked very tired and worn out as she walked into my room. In fact, her husband, Junaid pleaded with me to do something about it fast. “I can’t see her suffer like this, doctor!” he exclaimed to me.

“How long has this been going on?” I queried, to find out it was over a month since Amina experienced the pain.

I proceeded to examine her. As I tapped on her wrist, her eyes lit up in surprise, “That is it! That current like tingling sensation in my fingers - that’s what I get often,” she said.

Fortunately, for a patient like Amina, often the diagnosis is straightforward and obvious. She had carpal tunnel syndrome (CTS). The hormones that are related to pregnancy cause fluid build up in the body. This was most noticeable in the swollen feet of the lady. Similarly there is fluid build up in the carpal tunnel causing excess pressure on the contents of the tunnel.

There is a single major nerve - the median nerve – that passes through this tunnel in the structure of the palm. Excess pressure on the median nerve causes it to fire randomly causing the tingling sensation in the fingers. Unfortunately, in most patients the cause is not so obvious. We do not know why it occurs - idiopathic.

The carpal tunnel is located just over the wrist joint. Bones of the wrist joint make up the base while a thick fibrous sheath forms the roof. It is packed with tendons and the median nerve. Any fluid build up causes pressure on the nerve. Medically, we term this as entrapment neuropathy - abnormal function of the nerve resulting from it being trapped in a tight enclosed space. It is the most common type of peripheral nerve compression disorder.

Professionals at risk of CTS

Individuals associated with certain professions have a higher risk of developing the condition although the cause is not very clear. Those who handle machines with hand-transmitted vibrations like a drilling machine, or those at office who have repetitive wrist movements as in typing on a keyboard with the wrist in an abnormal position commonly go to develop CTS.

Some surgeons feel it should be classified as repetitive strain injury (RSI) - a term used to describe the pain felt in muscles, tendons or nerves caused by repetitive movements. It is an injury related to overuse. At times, it may follow fracture of the underlying bones or the lower end of the forearm bone (radius), or the development of ganglion cyst - ballooning of fluid from the joint or the tendons.

In addition to what Amina described, others may describe flicking the hand to relieve their symptoms (flick sign) or hang their arms at the edge of the bed.

Why is it so bad at night?

During the daytime when one is active, muscle contraction associated with activity mobilises any fluid preventing build up at any site, including the wrist. Inactivity on the other hand causes fluid buildup. Inactivity at night time is the possible reason behind worsening symptoms in the night or early mornings. Plus, it is possible that the wrist gets into abnormal positions during sleep.

Often the doctor will examine the neck to rule out a pinched nerve. Since the median nerve originates from the spinal cord at the level of the neck, tingling and numbness in the fingers can be a result of a herniated disc at the neck level. However, such patients often have neck pain or other symptoms, which Amina did not have.

Ruling out other symptoms

If the surgeon suspects abnormality in the bones that make up the wrist, he may order an x-ray of the wrist. More commonly, he will order an ultrasound to assess the contents of the carpal tunnel. But the gold standard is nerve conduction study (NCS). For this, the surgeon may refer the patient to a neurologist.

In NCS, small electrodes are taped to the skin above and beyond the carpal tunnel. A small electrical impulse is then passed between the two electrodes. The impulse strength and conduction through the median nerve is then measured.

If conduction is delayed or abnormal then that confirms that the median nerve at the level of the carpal tunnel is not relaying electrical impulses normally. This confirms CTS and virtually rules out a pinched nerve at the neck region. A visit to the neurologist is therefore necessary, and also because he will perform tests using monofilaments and a tuning fork to assess the severity of median nerve conduction.

Often in mild to moderate afflictions, the surgeon may advise splinting the wrist. One of the few conditions, when night time splinting is very helpful. Splint helps to keep the wrist in a relaxed position - the so-called glass holding position and prevents abnormal positions.

Oral anti-inflammatories may be helpful as well. In severe cases oral steroids may be necessary, like in those affected by rheumatoid arthritis who have excessive inflammation around the joints or tendons. Ultrasound therapy has been found to be more effective than laser therapy. Myofascial massage and loading or manual thrusts have not shown results. Use of ergonomic keyboards or mouse pads can be helpful for those at the office or those who work long hours on the computer. Steroid injections into the carpal tunnel are also known to be effective in providing relief in some cases.

Surgery is resorted to when conservative therapy fails to provide relief. This involves incising the roof of the tunnel and converting the closed tunnel into an open one (roofless). Pressure on the medial nerve is, thus, released relieving the patient of his/her symptoms.

A few surgeons perform the procedure through an endoscope - a special instrument that allows them to perform the procedure through a small incision over the wrist. Most surgeons do an open surgery where a regular incision of 3-4 cm is placed along the wrist. A majority of patients are relieved of their symptoms with such surgical intervention. Those with advanced stages may take a while for complete recovery, especially those with atrophy of the muscles preoperatively. Those with arthritic changes in the small joints of the hand close to the wrist may never get relief. Hence, surgical release may not be always advisable.

A few patients may also have recurrence, and so, identifying the cause and alleviating is an important part of the treatment process.

Amina was provided a splint and advised to use it during her sleep. Out of concern for the developing baby, only paracetamol was prescribed. Ultrasound therapy was also initiated. It took a while for her symptoms to disappear but, eventually, they did. Amina and Junaid went on to become proud parents of a beautiful baby.