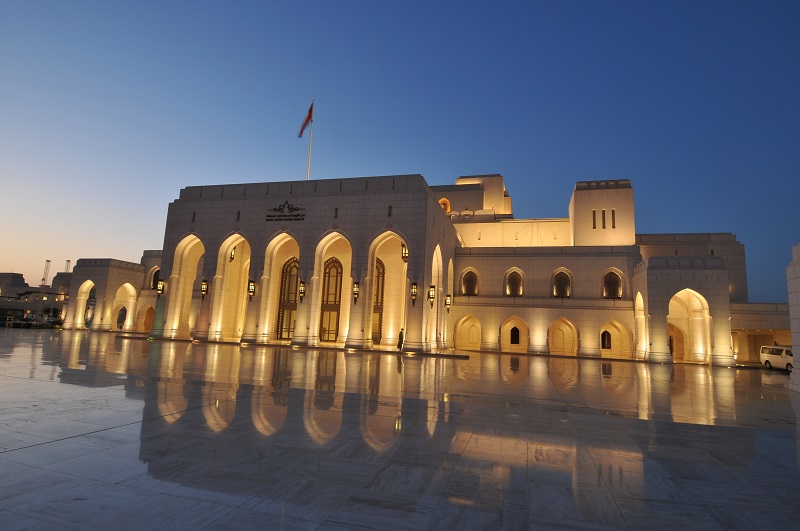 ROHM – A beacon of creativity

On the occasion of Oman's 50th National Day, Nasser al Taee, Advisor to the Board of Directors, Royal Opera House Muscat (ROHM), examines how the majestic architecture of the ROHM stands as a catalyst to the supreme patronage of the arts in the sultanate.

Since the dawn of the Omani renaissance in 1970, the wise leadership of His Majesty Sultan Qaboos bin Said (may God have mercy on His soul in peace) has given special importance to the arts. This generous patronage was evident in many of the achievements that culminated in the dazzling global opening of the Royal Opera House Muscat (ROHM) in October 2011 and followed by the complementary addition, Royal Opera: House of Musical Arts (HOMA) in January 2019. In no time, ROHM became a beacon of creativity, brilliance, and a celebration of the noble mission of Oman’s cultural diplomacy; utilizing art as a vehicle to celebrate human achievements to promote collaboration and peace between nations.

The visions of the His Majesty Sultan Qaboos bin Said (may God rest his soul in peace) were associated with the development and growth of modern Oman by constructing cultural and artistic edifices, and establishing enlightened pillars and foundations upon which the building of the modern state is based. As Oman extends its arm to the global world, music and the arts take centrestage in bringing people together.

The majestic architecture of the ROHM and HOMA stand as a catalyst to the supreme patronage of the arts in the sultanate, affirming the highness of the  Late Sultan’s vision of the arts and its role in raising generations on the values of sophistication, beauty, and civilised communication. They are the edifice of a unique architecture that is grounded in Omani and Islamic architecture, but with modern and sophisticated marble, machinery, and acoustics that is unmatched in the world. The venues are supported by state of the art programmes that showcase the best operas, ballets, symphonic repertoire and World Music from all over the globe.

With their marvellous architectural design and noble missions, ROHM and HOMA represent the crowning achievements of 50 years of development in Oman and they are built to last yet another 50 years and beyond in our glorious march towards knowledge, enlightenment, celebration of the arts, and prosperity.