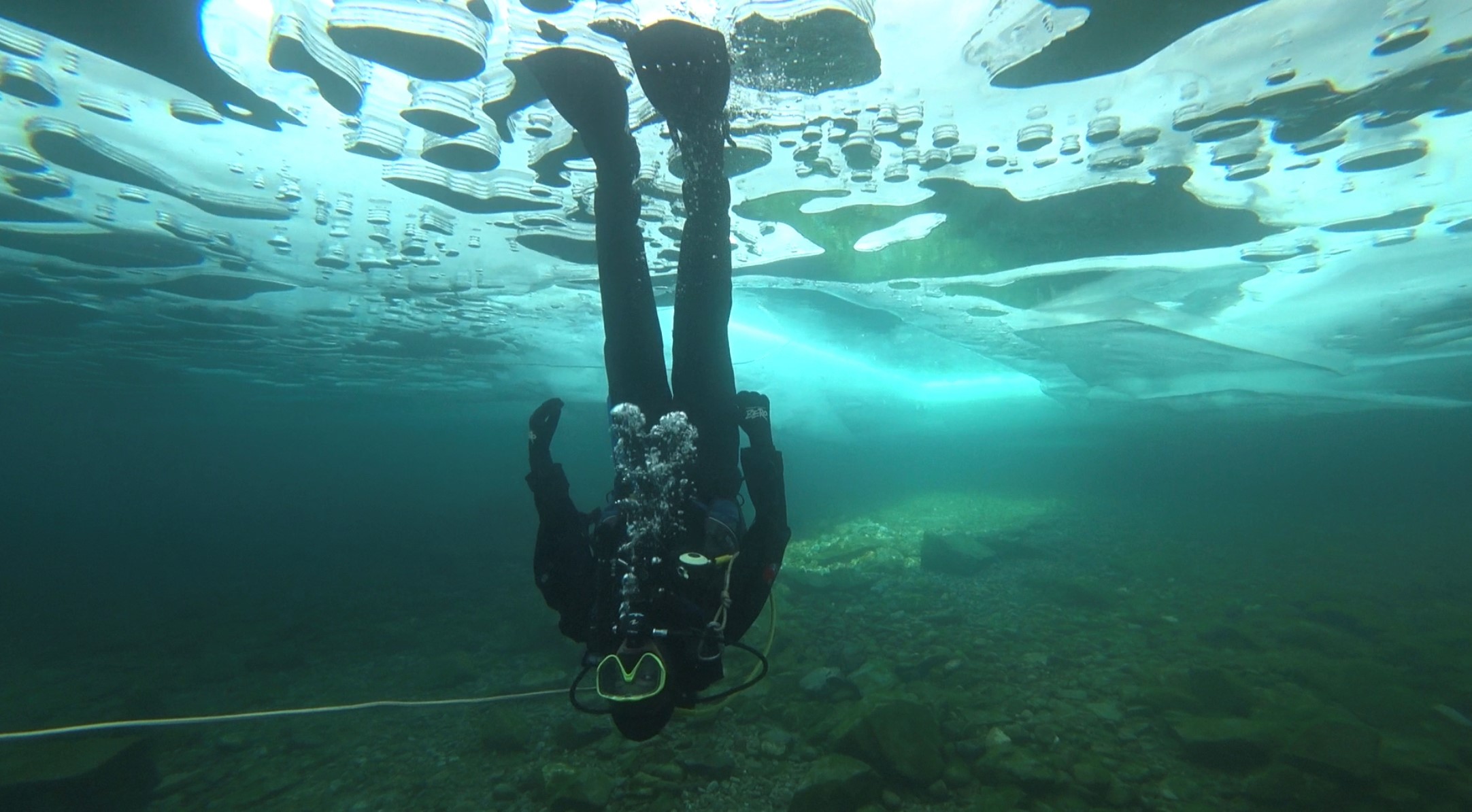 Diving in the world’s coolest and oldest lake in the dead of winter is no mean feat for any human being. And if some of the most adventurous daredevils from cooler climes have done so in the past, it would, probably, be the last thing for an Omani lass to attempt. But, Laila al Habsi, Oman’s new kid on the daredevilry block, just proved that wrong.

Three days after her birthday in January 2019, Laila decided to just chill, quite literally, to continue her celebrations and chart out a new path for her future. Diving into the world’s oldest lake, amid freezing waters, was a way of challenging herself and digging into her hidden potential to unravel uncharted territory for Omani women.

Though totally satisfied by the outcome, Laila chose to keep it under wraps. The reason – she wasn’t sure if this was a feat not attempted by any Omani female in the past and wanted to research that before disclosing it. On the occasion of Omani Women’s Day (October 17) this year, on being coerced by her friends and well-wishers, Laila decided to come out with her achievement.

“This is a record for Oman. No other Omani woman has done it before me. We researched this and found out that I'm not only the first Omani who has done it but also the first Arab woman to ever dive in lake Baikal,” Laila told Muscat Daily, adding that, she had become extremely fascinated with the geology of Lake Baikal while pursuing her higher studies in applied geology in Russia.

Her dream, however, became a reality on January 24, 2019, when she braced herself to take up this adventure of a lifetime with utmost determination. Terming the diving expedition as a ‘birthday gift’ for herself, Laila disclosed that she attempted it three days after her birthday, with her best friend, Anna, present there for moral support.

An ode to nature

“I dive regularly in Oman, but for this kind of dive, I had to prepare myself a few weeks in advance, reading up on how to dive in a dry suit and, most importantly, how to regulate breathing in freezing water,” Laila said, adding that it was not just an humbling experience but also an ode to her love for nature.

To take up this adventure, Laila hopped on a flight to Irkutsk, a large city west of the lake, from which it was a two-hour car ride to the small diving centre that nature lovers from all over the world travel to, to experience diving in the world’s clearest lake. There, she received the necessary psychological and physical preps and a team of divers helped dress her into the special dry suit designed to insulate heat and prevent water penetration which was said to be as low as -20 degrees C.

As she plopped herself into the ice-cold waters of Lake Baikal, she could see this ‘purest water on earth’ sparkle as she descended into it – the lake is 1642m deep at its deepest point. With no idea what to expect in the icy depths of the lake, she mustered the courage to be underwater for around 30 minutes and local Buryat Shamanic legends (which claim that Lake Baikal has a strange way of sensing good and evil in persons and treats them accordingly) began coming to mind.

She, however, never expected the water of the most ancient lake to be so forgiving that she could vividly watch various types of crustaceans, fish and other residents of the lake float by. This was Laila’s reminder that Baikal was not merely a body of water, but an ancient living creature with a soul, containing endless life.

Oxygen bubbles were imprinted and carved in the frozen sheets of ice above her head. And as she came up to the surface, bidding goodbye to a body of water with millions of years of history, she felt an indescribable joy, knowing that her story would impact generations of young girls and women to come.

“This diving experience taught me that, in order to properly appreciate the vast creations of the Earth, we must get comfortable with the idea of the unknown. This earth was created flawlessly and was made for everything to coexist harmoniously - humans are only a small part of this system - and the 25 million year old lake reminded me of that as soon I hit the water,” said Laila who is currently pursuing her passion as a geologist, working with strategic and precious metals in the mining industry of Oman.

Done with her dream, Laila is yet not content. Her next adventure is already in the making and she reveals that her eyes are now set on the Pacific Ring of Fire (a major area in the basin of the Pacific Ocean where many earthquakes and volcanic eruptions occur). She’s also planning to return to Russia to visit the Valley of Geysers in Kamchatka peninsula.

As a piece of advice to young girls in Oman, Laila says, “Mind over matter. There's a whole world out there that's yet to be discovered. The box we live in is created by the fear and limitations we impose on ourselves. It is just that - a box - and you have the power to step out of it, whenever you want to!”

Lake Baikal, located in southern Siberia, is the largest source of freshwater on Earth, containing 23% of the world’s fresh water. It is also considered the clearest and geologically the oldest lake on the planet, its age estimated at 25-30 million years. It is also the deepest lake on Earth, and is estimated to grow even deeper in the future. It is home to over two thousand plant and animal species, many of which are endemic to the region and evolved over millions of years. It was declared a World Heritage Site by UNESCO in 1996.