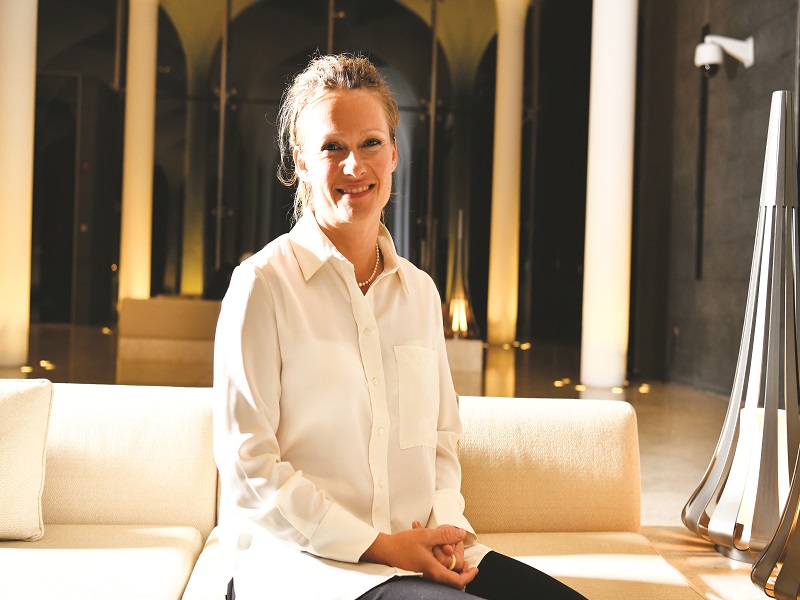 South African theoretical physicist, technologist and aspiring extraterrestrial Dr Adriana Marais was one among 100 chosen from over 200,000 applicants from around the world for the Mars One project for a one-way trip to the red planet. The project was shelved owing to funding issues but Adriana continues to prepare for life beyond Earth. Currently pursuing her second PhD, she is also the founder of Proudly Human, which is planning Off-World Antarctica, an offworld settlement simulation experiment to take place over the winter of 2021. Adriana spoke at the Global Leadership Forum hosted by Smart Waves International on Wednesday at Kempinski Hotel Muscat. Excerpts from an interview with Muscat Daily

This is your first visit to Oman. Your first impressions of the country?

Oman has a spectacular coastline. I am a nature person so I plan to hike up the ancient cliffs, and visit the National Museum.

In January 2019, Mars One declared bankruptcy. But you’ve declared, “Mars is my destiny!” So what now?

The Mars One project was an extremely ambitious project. Startups come and go frequently. The Mars dream is greater than any startup. It’ll take the collaboration of all 7.7bn of us to achieve something like this. It is through the sheer force of imagination as well as hard work that I believe we will achieve this goal.

Why Mars? Have we found out all there is to know about Earth?

Humans are explorers by nature. We’ve reached a critical moment in the evolution of our species where the extent of our activities on Earth is having a global impact on the other species we share the planet with. We’re seeing species going extinct. We are at a crisis point and I believe exploration has always been part of our genetics, our DNA, our imagination and we’re at a rather unusual part of history where we’ve covered the surface of our habitat.

Physical explorations have always been part of what we’ve done. There’s a risk we face if we don’t keep exploring – it’s part of what we need to keep doing to grow.

You’ve said that life is arguably the least understood phenomenon on Earth. Aren’t we more likely to find out more about it on this planet?

The problem with studying life on Earth is that all living systems here have DNA. In our biosphere, we’re all related/linked by this molecule. In the 4bn years that we’ve shared with bacteria, animals and plants on Earth, we’ve all had this common molecule – a single data point. From a scientific perspective, we need to understand if other environments can host life, or what life can look like in other environments. If so, will that life also have this DNA molecule? Or can we imagine a living system which has a different kind of information carrier… that is the burning question.

If we find that other data point and probably if we find life on Mars - which I believe is likely - it may also have this DNA molecule because we exchange so much material between the two planets. Tonnes of debris, whether it’s from an impact on Earth or from a volcanic eruption, travel between planets in the form of rocks or meteorites. It’s very likely that life was transferred between the two planets earlier on. So, it’s quite possible that early life on Earth came from Mars. We may get all the way to Mars, 200mn km away and find some life there which is ancestral to the life on Earth, which would be amazing but also not give us that second data point which means now we need to explore further, perhaps beyond our solar system. The further we expand, the further we explore.

Diamonds are a girl’s best friend, but your most prized possession is a piece of meteorite that fell out of Mars.

Yes, I carry that piece of Martian meteorite around with me. My friend Dr Francis Thackeray, professor of evolutionary studies in the University of the Witwatersrand, Johannesburg, gave it to me. A big rock was found in Libya; we don’t know when it fell there, but it was found there. The air bubbles in the rock have the atmospheric signature of Mars – if 95 per cent of the air bubbles in a rock is carbon dioxide, then you can say with near certainty that it’s from Mars because that’s the atmosphere on Mars. I’ve got it made into a ring and wear it regularly.

Earth is 4.5bn years old. There’s been life on Earth for 4bn years. It’s taken us that period of time to arrive here today. You say, “So can you believe my luck to be living in a time where in 2013 that I read in the newspaper a call for volunteers to move to Mars - the first off-world settlement - in my lifetime.” Further, you were one of 100 selected for the one-way trip to Mars, which - taking it even further - unfortunately didn’t materialise as planned. Do you put all of this down to luck, fate or probability?

This era of our existence on Earth is a very interesting one. Things are going to change a lot. I believe we do have the tools, the capability to go boldly into the new way of doing things that we’re going to have to adopt if we have to sustain ourselves for the next 50 to 100 years. Stephen Hawking said we’ve got 100 years left if we don’t become multiplanetary. I’m not sure I would put such a blunt statement but we’re in very interesting times, so whether it was luck or fate, I’m glad to be born now.

When you do finally manage to settle down in Mars, what do you think you’ll miss most on Earth?

The busyness of it. We take for granted the amount of life around us on Earth. There’s life in the soil, in the air and water, but on other planets so far as we can see in the Solar System, it’s quiet, it’s barren.

You’ve run a 56km ultra marathon, scaled Tanzania’s Uhuru Peak, you have PADI diving certification… How do you plan to challenge yourself next?

The lowest maximum temperature of -12°C ever recorded on Earth is in the Soviet Vostok Station in Antarctica. The minimum ever recorded there was -89°C. We want to go there and just try to survive. So visiting Vostok is my next plan.

What lessons of life did you learn from your experience as a cocktail bartender in 2005?

You learn a lot of interpersonal and management skills behind the bar. Different kinds of personality types come and go. In terms of team management, it’s quite a useful skill to know how to react to people, how to calm someone down, how to make them happy and anticipate people’s moods.

You’ve spoken of the advice your mother gave you on the first day to school when you were all of five. You were told don’t hold back from doing anything because you are a girl. What would you say to young girls fascinated by science or aspiring to be scientists?

What’s important as we enter this hugely exciting era is that every human is valuable in himself or herself. So we shouldn’t be looking at gender, culture, race or religion; we should be looking at the intrinsic value that each human has because only when each person is achieving their full potential can we create this Proudly Human team of 8bn people. Can you imagine how powerful this team can be if each person is achieving their full potential, learning constantly, collaborating and appreciating every other human. If we work together, we can achieve anything we put our minds to.