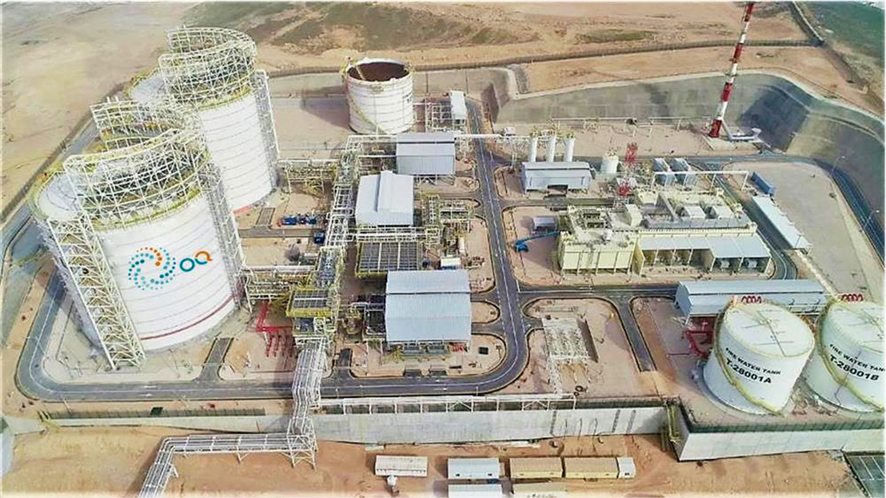 The OQ Liquified Petroleum Gas (OQ LPG) facility, a first-of-its-kind gas treatment project in Oman to extract LPG and condensate from OQ’s gas network, has the potential to create a new energy hub in Dhofar region.

OQ on Monday announced the start of trial production and commissioning of OQ LPG facility, which has been built with a total investment of US$826mn as one of Oman’s vital energy extraction projects.

‘With its centrepiece extraction facilities located in the Salalah Free Zone adjoining the Port of Salalah, OQ LPG has the potential to create a new energy hub in Salalah centering on the production of LPG,’ OQ said in a press statement.

The company said LPG is a commercially valuable and economically competitive fuel with growing demand in domestic and international markets. ‘While reiterating the position of Oman as an energy exporter, the project will optimise the sultanate’s gas value chain by recovering propane, butane and condensate for these markets.’

OQ LPG plant’s production is expected to reach a total of 300,000 metric tonnes per annum.

The plant holds immense potential in terms of revenue generation, in-country value (ICV) and community development. Besides deriving economic value through propane, butane and condensate sales, the plant will generate potential downstream business such as petrochemicals.

During all its phases, the project has been promoting ICV in the gas sector as the project spent US$260mn of ICV value with over 150 SMEs and 33 sub-contracts and Omani registered vendors.

The plant will process approximately 8mn standard cubic metres per day of lean gas and will produce around 304 kilo tonnes per annum (KTA) of LPG products composed of 155 KTA of propane, 111 KTA of butane, and 38 KTA of condensate.

Sultan al Burtumani, vice president of business development, OQ Downstream, said, “OQ LPG plant is positioned as a strong contributor to national economy through achieving the best utilisation of natural gas resources to extract liquifiedgas. This will help in meeting the LPG needs of Dhofar governorate and southern Oman in general. OQ LPG will further uplift our standards to provide better quality services for our clients and optimise stakeholder value.”

The commissioning of OQ LPG which is expected to be completed by mid May 2021 forms the final technical requirement before the plant starts commercial operations.