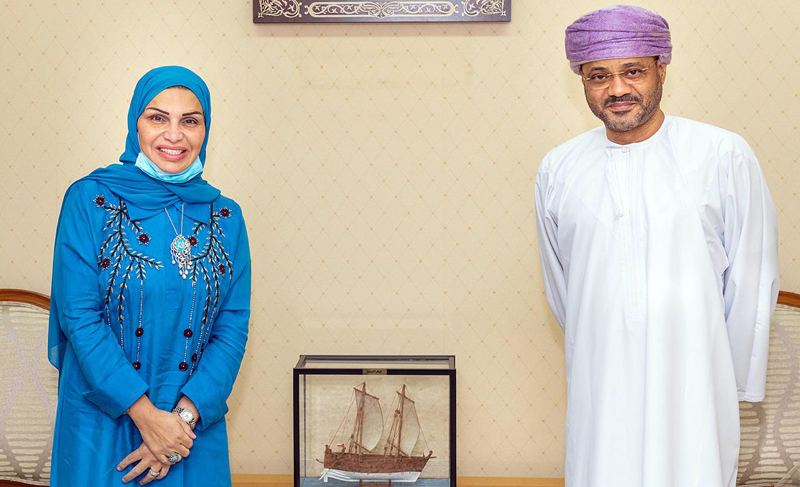 Oman-China Friendship Association (OCFA) is leaving no stone unturned to forge exceptional bilateral ties between the two countries. After the sad demise of Dr Omar al Zawawi, in April this year, who established and guided the association, the baton has now been passed over to Lujaina bint Mohsin Darwish to take the group to new heights.

During the meeting, both sides discussed ways of further boosting Oman-China relations and Lujaina thanked the Ministry of Foreign Affairs for facilitating the work of Oman-China Friendship Association.

“I do appreciate what the ministry does to facilitate the work of OCFA which aims to further enhance economic, industrial and cultural cooperation between the two nations,” she said.

During the discussions, topics such as the evolution of cultural and economic relations between Oman and China were touched upon. “The principal focus of the meeting was about further enhancing relations and we thank the ministry for boosting our endeavours,” Lujaina said.

OCFA was established under the guidance of late Dr Omar al Zawawi in 2010. The association aims to further enhance the economic, scientific, academic, social, cultural, and technical relations between the two countries and to complement and support the various initiatives of governmental institutions.