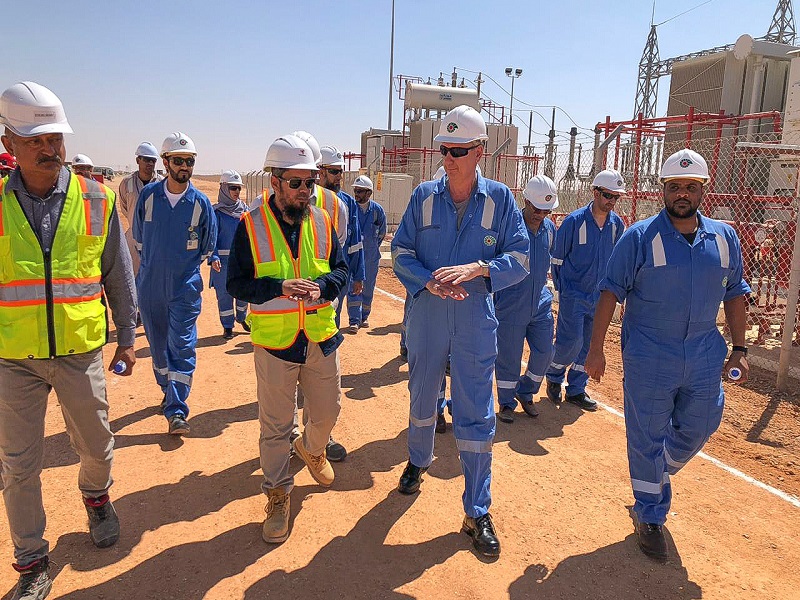 Petroleum Development Oman (PDO ) has started commercial operation of the world’s first utility scale solar project to have an oil and gas company as the sole buyer of electricity.

The landmark 100MWt Amin Photovoltaic Power Plant has now achieved a key milestone with the start of its commercial operations, having been successfully commissioned three months ahead of schedule and passing the acceptance test procedures, the company stated.

The US$94mn facility covers an area of 4sqm and produces up to 100MW of electricity directly from sunlight, through solar panels. The generated energy is sufficient to power 15,000 homes, and could result in an annual CO2 emission reduction of more than 225,000 tonnes – the equivalent to taking 23,000 cars off the road.

The installation was built and commissioned in record time, just under 12 months after signing the EPC (Engineering, Procurement and Construction) contract, providing initial power into PDOs electrical grid in March 2020.

“It is also a source of pride that Omani goods and services represented around a quarter of the total project construction costs, including site establishment and local manufacturing and material supply, and I am confident that the sector will continue to expand in Oman.

“Indeed, we look forward to continuing to make further progress in our plans to gradually increase the utilisation of renewable resources in our activities and are currently in the process of evaluating a number of exciting opportunities, including wind power installations in our southern locations.”

Amin IPP is also the first utility scale PV power plant in Oman and has one of world’s lowest tariff at the time of award for such a project, which spans 23 years.

The environmentally beneficial project, which uses electricity generated from solar power as an alternative to natural gas to support PDO operations, is expected to provide an equivalent fuel saving of 95.5 million m3 of gas annually.

Reflecting the sultanate’s ambitions to be at the forefront of the latest renewable energy developments, state-of-the-art technology has been utilised in the project, including bifacial photovoltaic modules, which are the latest proven technology in the PV industry, and backtracking facilities to maximise the energy production over time.