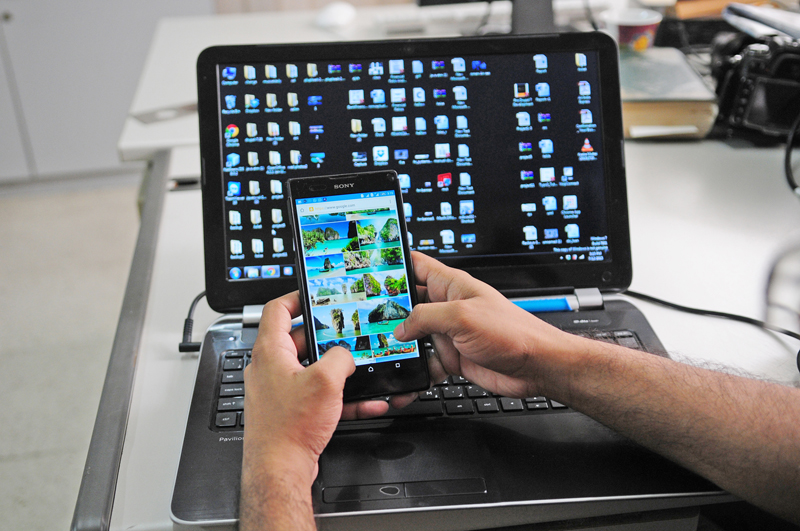 Oman has recently witnessed a noticeable increase in social media use and use of the Internet for research, doing business and obtaining information and services.

The Ministry of Technology and Communications (MTC) and the National Center for Statistics and Information (NCSI) announced the results of  the 2020 survey which was carried out during the period of February 9- 20 with the aim of providing the required data for decision makers to formulate the related policies and updating Oman indicators in the international databases, e.g. ITU, UNDESA and ESCWA.

The survey was conducted by the NCSI Call Center through telephone interviews on a sample of 2,612 individuals 18 years and above, representing all governorates of the sultanate, as the Omanis comprised 44% and expats 56%.

In addition, the percentage of individuals using computers (including smartphone) increased to 95% in 2020 compared to 93% in 2019. The results of the 2020 survey indicated that there has been a noticeable increase in the use of social media by individuals to reach 95% compared to 92% in 2019.

The results of the survey showed good levels of activities using information and communication technologies by any device, as it showed that about 92% of individuals aged 18 years and above have the ability to send messages, whether through e-mail, WhatsApp or SMS. The percentage of using cutting and pasting tools reached 84%, while the use of searching for, downloading or installing software, or adjusting the settings was 67%.

The activities on Internet have witnessed a rise in the areas of research, doing business and obtaining information and services. The results indicate that 77% of Internet users search and download files, videos, pictures, electronic games, and others. At the same rate (77%) of respondents use the Internet to search for information (such as searching for information about goods, services or health-related information, government institution services, reading or downloading newspapers, magazines, or e-books). While the lowest uses of the Internet were electronic services related to travel and hotel reservation by 25%.

Reasons for not using the Internet:

In addition to identifying indicators of access to and use of technology, the survey sought to identify the reasons for not using the Internet in the past three months, as the results show that the most important of these reasons were inability to read and write by 38% of the total individuals who do not use the Internet, followed by inability to use the internet 31% and no need to use the internet at the same rate.
Respondents' notes: