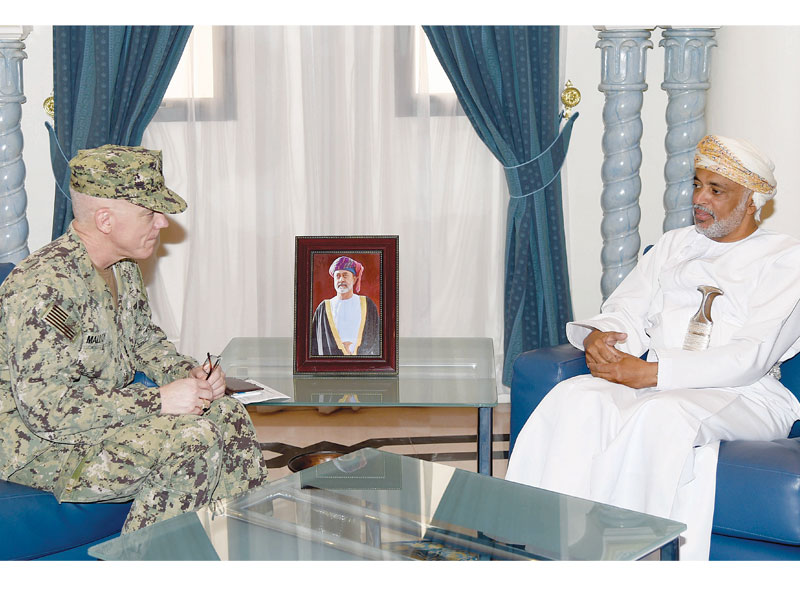 Mohammed bin Nas-ser al Rasbi, Secretary General at the Ministry of Defence, received in his office at Mu’askar al Murtafa’a on Wednesday Vice Admiral James Malloy, Commander of the US Naval Forces Central Command, and his accompanying delegation. The meeting exchanged cordial conversations and reviewed a number of matters of common concern. It was attended by a number of senior officers, the Military Attaché at the US Embassy in Muscat and the delegation accompanying the guest.

The two sides discussed views on a number of matters of common concern.